This weekend was a busy one for GDSD officers and NOPD:
Last night, Saturday, officers gave chase to 6-7 young males apparently checking out cars and pulling on car handles in Third Street / Chestnut Street  area.
++++++++

At least two reports of cars being broken into were received as well.  It is not clear if the juveniles were responsible for theses crimes, though they were not in the same area when seen.   One  breaking was near Conery and Prytania and the other  in the 2800 block of Coliseum.
++++++++

On Saturday eve around 9:45  pm., GDSD officers on duty received notice via  police scanner about an armed robbery on the corner of Ninth and Magazine. Officers arrived on the scene with NOPD and all officers on duty began searching for the suspect described as a black male wearing a blue hoodie and red bandana.  After searching and finding nothing officers returned to Ninth and Magazine to speak with the victim who said the incident actually occurred on the 3100 block of Camp where he was approached by a black male wearing a blue hoodie and red bandana over his face and armed with a gun. The subject took the victim’s keys, cell phone, and wallet then fled on foot down Camp towards downtown.  The NOPD is investigating the case.
++++++++++

Sunday morning  in the 1300 block of Pleasant, a resident left home for a short period of time then returned at approximately 10:00 am when he noticed his home had been burglarized and several items were missing.   There are no other details at this time. GDSD and NOPD are handling the incident.
GDSD officers were called to the scene.  There were no other details available at the time of this report.  If you remember seeing anything suspicious at either of this times or have camera that may have captured pertinent information on any of these incidents, please advise the NOPD at 658-6060 or the GDSD supervising officer through the dispatcher by calling 525-7111.
Posted by New Orleans Pet Care at 3:43 PM 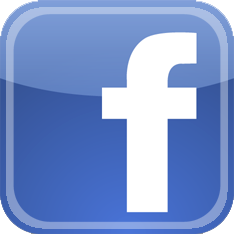