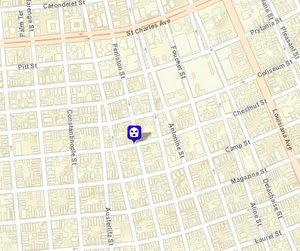 A 35-year-old man riding a bicycle on an Uptown street Friday afternoon was struck by a car, then robbed at gunpoint by one of its occupants, according to initial police reports.

The victim was riding his bicycle near Chestnut and General Taylor streets just before 4 p.m. Friday when he was hit by a vehicle, the report states. A female passenger got out, pointed a gun at the victim’s head and demanded his property, and the driver then got out and went through his pockets, the report states. They then took off with his wallet, cash and a cell phone, the report states.

No description of the car or suspects was immediately available.