NEW ORLEANS, LA (August 14, 2013) —  In the largest seizure in the animal welfare organization’s history, today the LA/SPCA seized over 450 roosters and other birds from a location in the 14000 block of Chef Menteur Highway in New Orleans East. The New Orleans Police Department (NOPD) was called in by the LA/SPCA to assist with search warrants and the arrest of Trinh T. Tran, age 47, of New Orleans.
The LA/SPCA found over 450 birds, primarily roosters, housed on the property.  An additional 100-150 roosters and other birds were also found running loose on the property. The birds are being catalogued and seized as evidence and will be housed at the LA/SPCA’s facility. Traditional cockfighting implements were also found on the property. Drug paraphernalia, including needles and steroids traditionally used in cockfighting operations, was also found on the property. The NOPD was called in to assist to file criminal charges against the individual who owns the property.  The accused was arrested and booked with felony cruelty charges as well as cockfighting. He is also being cited with misdemeanor possession of exotic animals.

The LA/SPCA was alerted to the alleged illegal operation after receiving an anonymous tip.   LA/SPCA’s Cruelty Division conducted an investigation prior to today’s seizure, confirmed Ana Zorrilla, LA/SPCA’s CEO.   “Cockfighting is an inhumane practice where intentional pain is inflicted upon another living creature for the sake of barbaric entertainment, and any complaints of such activity are taken very seriously,” said Zorrilla.  “Unfortunately the laws in Louisiana currently do not provide serious punishment, and this needs to be changed,” added Zorrilla.

Animal cruelty is defined as acts of violence or neglect committed against animals. As part of its mission to combat animal cruelty in the Gulf South, the non-profit LA/SPCA works to inform the public about animal abuse and neglect, to educate residents about proper care and treatment of pets, and to investigate charges of animal cruelty. 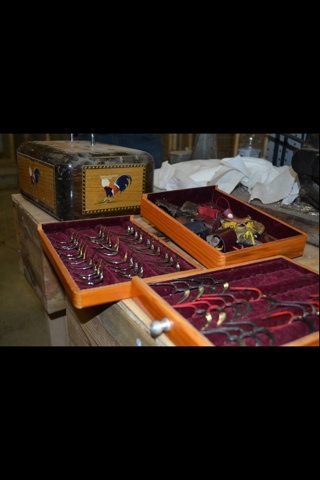 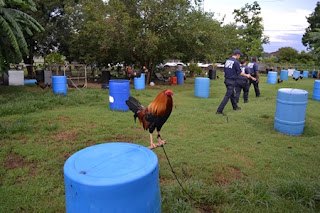 Posted by New Orleans Pet Care at 8:30 AM